Embraced by the Yamuna river in three directions, the ancient and holy city of Vrindavan 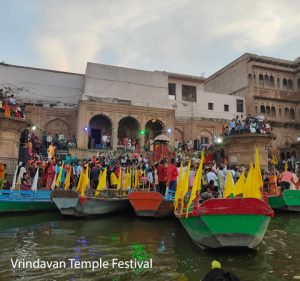 in Uttar Pradesh, northern India, is home to many temples honoring Krishna.

That’s because the key events of Krishna’s mythological life took place here and in
the surrounding forests. The many temples in and around Vrindavan include the ruins of the Govind Dev (or Deva) Temple, which dates to the late 16th century.

Walking along the narrow streets your senses can be overwhelmed by the colorful sights and constant hum of the vibrant city.  Stroll down one of the many narrow alleyways, among the scent of food vendors, passing tuk tuks, and the general city smell,  and your senses will be tantalized by the strong, sweet and smoky aroma drifting out of the nearby temples as they burn their unique incense.

Because Vrindavan is such a sacred place, many people come here to abandon their worldly life.

In fact, it was in Vrindaban that Maharajji chose to leave His body in 1973. You can visit the Neeb Karori Baba Vrindavan Ashram here, where you will find the Mahasamadhi Mandir of Neem Karoli Baba / Neeb Karori Baba. The ashram also houses a Hanumanji Temple, Durga Devi Temple, Sita Ram Temple and Shivaji Yugshala Temple. 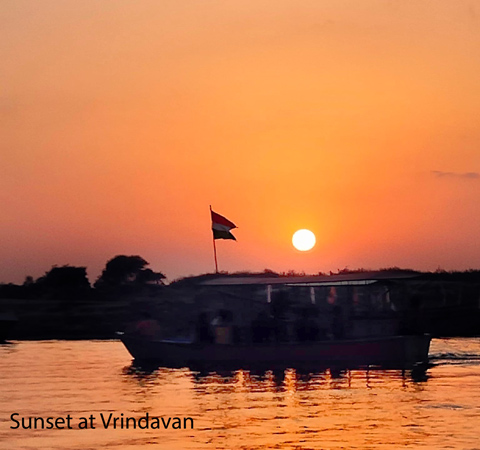 Pintu Sends Us the Incense Direct from India 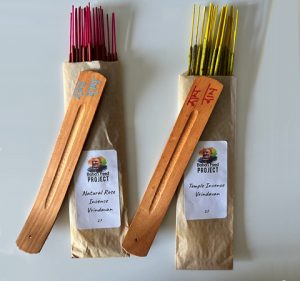 As you may know, our brother Pintu works as an independent tour guide, taking Satsang members to many of the sacred places of Northern India. On his last visit to Vrindavan, he was kind enough to gather boxes of temple incense so we could share it with you.

We have both rose and temple incense fragrances, hand made and direct from the city. Each packet comes with a hand carved wood incense holder. We hope you enjoy these wonderful scents as much as we do.